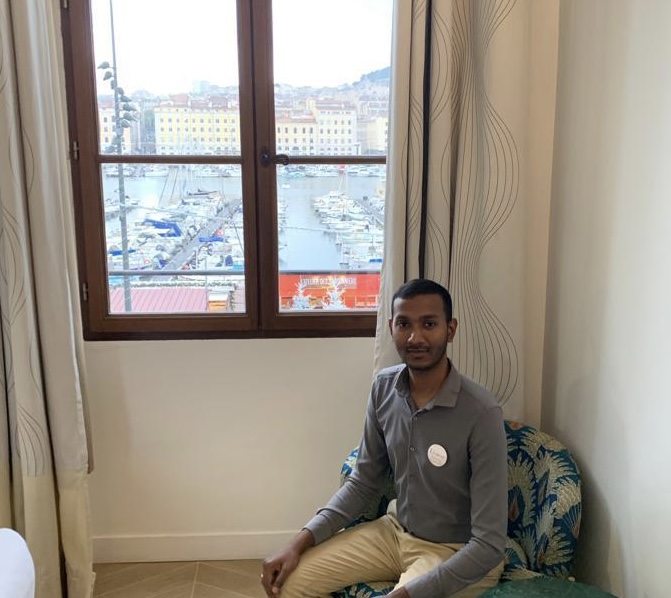 It is the magic of globalization that allowed the friendly and elegant receptionist of the Hotel Belle-Vue, Pranav, to be a part of the team of the establishment! His journey is humanly exemplary and, moreover, in the image of our time.

For information: Ambur is in India…

Located in the southern part of India, but far from the coast, Ambur is the birthplace of Pranav. He grew up and studied in Bangalore. The latter is a global scientific and economic hub.

It is in a megacity of 10 million inhabitants – Bangalore – that Pranav made his weapons: higher education in a business school of excellence, the learning of 5 languages of his country.

A mind open to the world

It is a state of mind open to the world that pushes Pranav,  its Master 1 in his pocket, to make the leap to France. And thanks to inter-university «exchanges», he did his Master 2 in the city of Pau.

Today he practises the profession he likes because the hotel industry allows him to be in contact with people and to use one of his assets, languages. And then, he admits to be seduced by the creeks of Marseille…